I actually thought this is some true events based on movie, I mean their acting so good and mostly the actor who plays Kim Jong-un (Randall Park) is so real just look like same to same LOL. 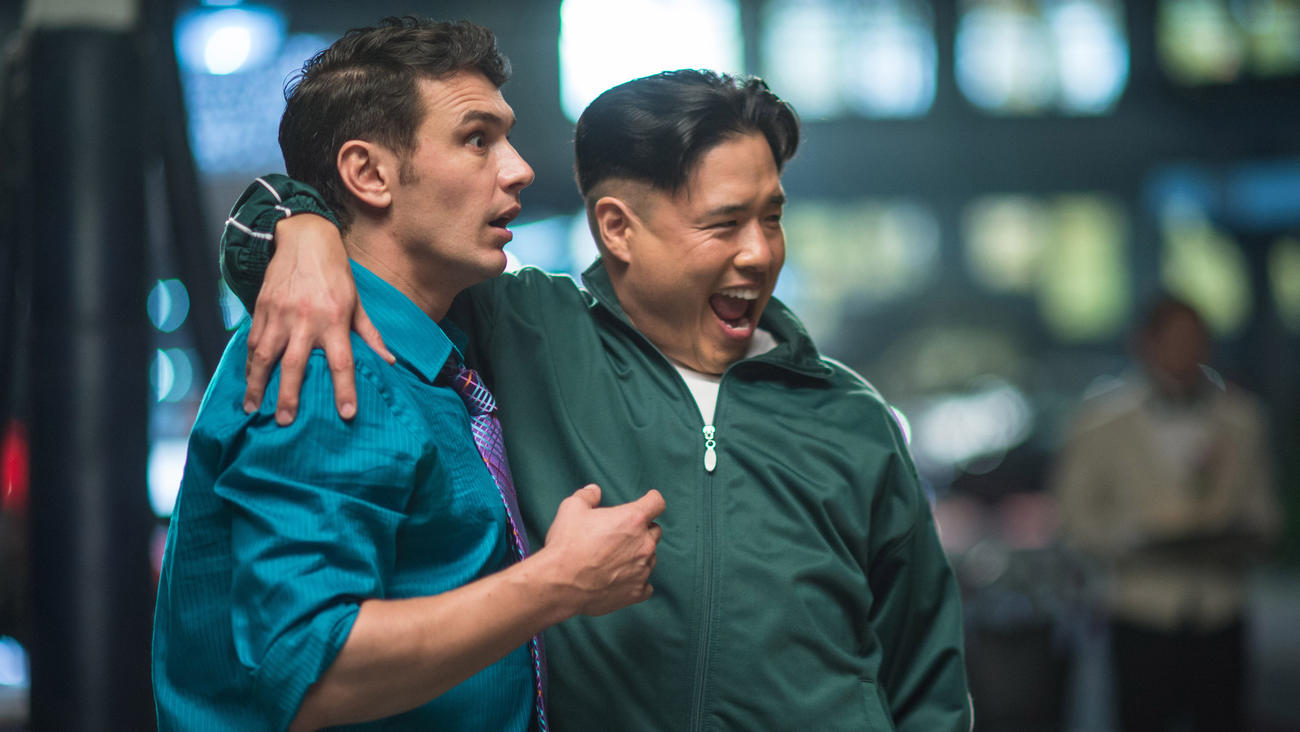 So, the movie has to be good what I was thinking when I was downloading because this is James Franco and with Seth Rogen so you get the idea right full-on-comedy. Movie’s story is strong like you won’t get bored and you will laugh whatever happens. There was a act about when Seth Rogen was fighting a guy and he ate his two fingers and in returns Seth Rogen also ate that man’s finger and there’s another act about when James Franco was interviewing Randal Park and Randal Park farted and whole north korean people was shocked because they thought their leader is GOD and he didn’t need to poo, I mean seriously LOL.